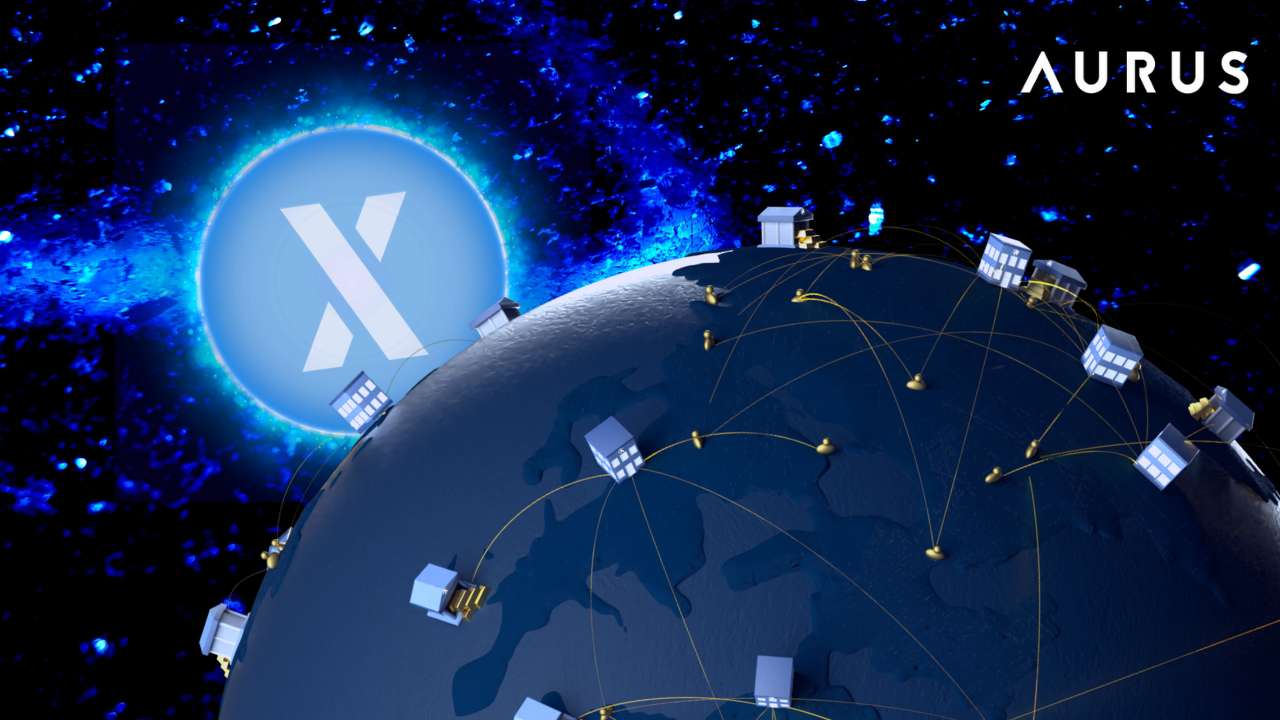 Trading app Robinhood positions itself as democratising finance for all. However, the centralised nature of the platform- where one party holds the ultimate decision-making power, is in direct conflict with this mission. Just ask the Redditors of the WallStreetBets community. As they discovered in January, traders have zero control over how the exchange is managed. If they have a problem, their only recourse is to withdraw their funds and switch to another broker (where they’ll probably face similar issues, for the time being anyway).

This incident helps to explain why the concept of decentralised finance- or DeFi as it’s commonly known- has gained so much traction. DeFi removes the need to rely on middlemen and the associated bureaucracy or manipulation which has burdened the traditional financial system for so long. Instead, DeFi relies on smart contracts, programmes that automatically execute the terms of an agreement, on blockchains to complete transactions. Smart contracts allow markets such as brokerages and exchanges to operate unhindered 24 hours a day, seven days a week, 365 days a year. The technology is still at a nascent stage, but the projects leveraging it are building a faster, more transparent and more accessible financial system for all.

Aurus is embracing the concept of DeFi to disrupt the precious metals industry. The firm has built a truly decentralised platform which allows companies like refineries, distributors and vaults to autonomously tokenise precious metals. The ingenious part of the Aurus system is their revenue-sharing token, AurusDeFi (AWX), which enables holders to earn a share of the platform’s revenues. But to understand the tokenomics behind AurusDeFi, we need to take a deeper dive into how the ecosystem works. 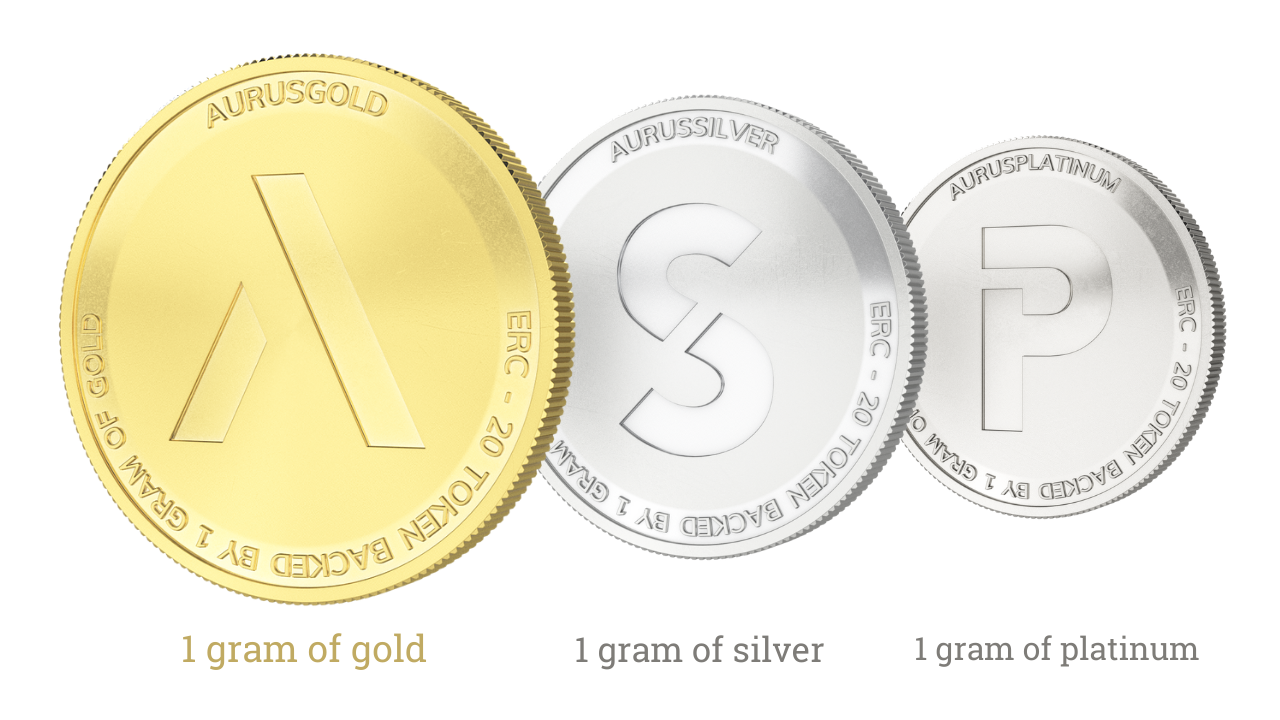 As well as making precious metals more accessible to retail investors, Aurus also removes the single point of failure risk associated with centralised systems. The firm is building a global ecosystem made up of precious metals refineries, vaults and brokers that work together to mint their own tokens. In the case of AurusGOLD (AWG), each token is backed by one gram of 99.99% LBMA-accredited gold and held in fully insured and audited vaults around the world. It’s worth noting that Aurus, as a technology provider, is not involved in the minting process and therefore has no influence on the gold traded or vaulted.

UK-based, Direct Bullion, became the first precious metals dealer to join the Aurus ecosystem, tokenising 5 kilograms of the yellow metal in 2019. The firm has since added AurusGOLD to their offerings as a more convenient and liquid form of gold ownership.

The incentives for industry partners to participate in the ecosystem comes from the platform's revenue-sharing mechanism. Gold providers and vaulting partners receive an equal share of 50% (25% each) of the minting, transactional and storage fees generated from the usage of AurusGOLD. The other 50% is proportionally distributed among holders of a revenue-sharing token called AurusDeFi. This unique business model enables the ecosystem to be highly scalable and entirely self-sustaining.

AurusDeFi has a limited total supply of 30 million tokens and represents a stake in the Aurus ecosystem by providing its holders with a passive income stream, paid in AurusGOLD. As the ecosystem grows, so do the generated revenues. To put this opportunity in context, bitcoin hit the headlines recently when it reached a market cap of US$1 trillion for the first time. In contrast, the total value of the global gold supply is estimated to be more than ten times bigger.

Aurus completed their final fundraising round in February of this year- raising three times the expected capital- and the next step is to list the tokens on CEX.IO and BiKi. Launched in London in 2013, CEX.IO is one of the most well-established crypto exchanges with over four million users globally, while Biki has more than two million users in Asia. These partnerships represent a huge milestone for Aurus as both exchanges offer deposits and withdrawals in fiat, as well as other staking and interest yielding products for both retail and institutional clients.

The vision for Aurus is to build an open, highly scalable ecosystem which the entire precious metals industry can benefit from, whilst at the same time making it simple for anyone to invest and transact with precious metals. With that in mind, the firm recently launched a new token for another asset class targeted by the traders of WallStreetBets. AurusSILVER (AWS) offers the same benefits as AurusGOLD, such as easy access to the US$1.5 trillion market for the metal, and each token is backed by one gram of LBMA-accredited silver.

Aurus’ ambitions don't end there. With AurusPLATINUM (AWP), Aurus is set to become one of the earliest platforms to tokenise platinum. While not as high profile a precious metal as gold and silver, this is a groundbreaking event for retail traders as currently, one of the only ways they can digitally acquire platinum is through an ETF on the South African stock exchange.

The launch of AWS and AWP will make AWX even more valuable, as holders of AWX will benefit from 30% of the revenue they generate.  Aurus is planning to list both tokens on CEX.IO in the coming months.

Aurus is also pleased to announce the addition of new industry partners to the platform. Aurica Metales is the oldest and largest precious metals broker in Chile. Demand for AurusGOLD has already been so high that Aurica ran out of stock, and had to tokenise more gold on several occasions. The firm also recently started selling AurusSILVER and plans to expand operations to other Latin American countries too. Elsewhere, the firm will be onboarding an international bullion trading company from Turkey along with one of the largest precious metals brokers in Singapore called Indigo Precious Metals (IPM). The Turkish trader was founded over 25 years ago and counts central banks and government agencies among its clients, while IPM is run by leading metals experts and will be the first partner to issue AurusPLATINUM. 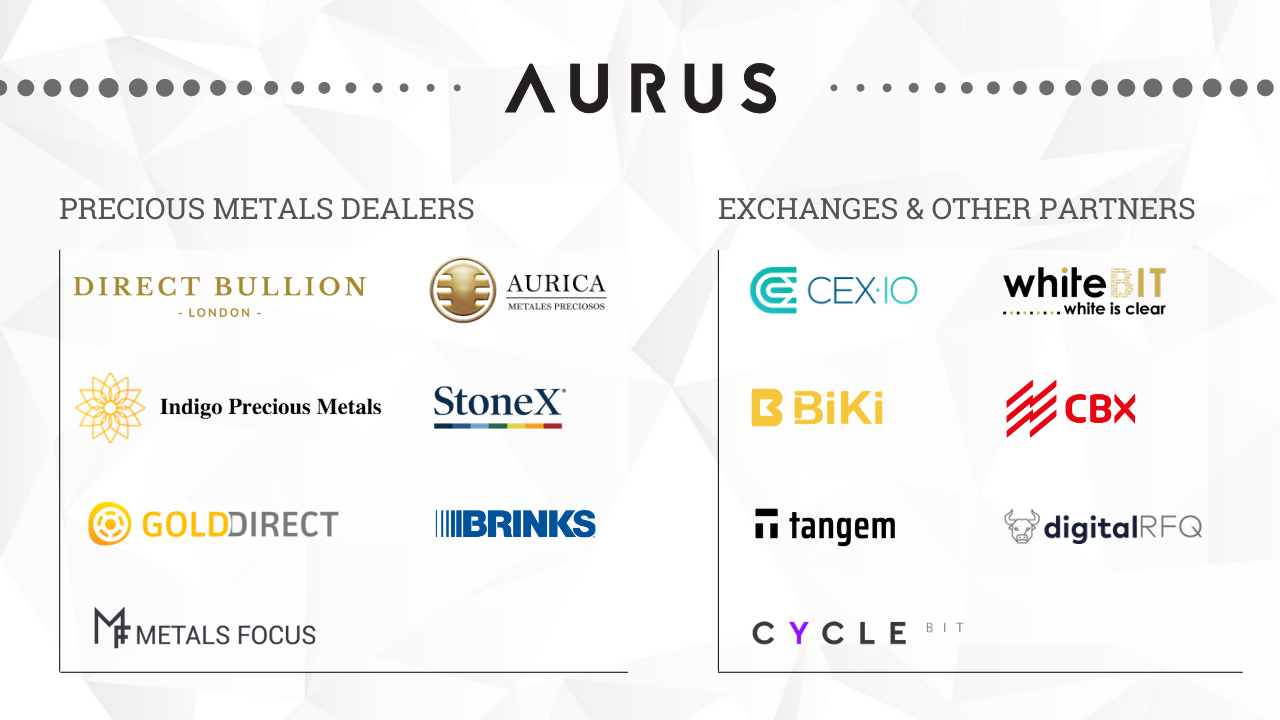 As mentioned before, Aurus does not get involved in the supply, minting or distribution of the metal- backed tokens. However, they  serve a very important role by enabling the stable of Aurus tokens to be used to their full potential: as a medium of exchange, a means of collateral, a yield bearing instrument or just simply an easy-to-access investment product.

The upcoming listing with CEX.IO is an example of the types of partnerships that Aurus engages in to add value for their users. Aurus has also recently partnered with Tangem and Cyclebit to launch its stablecoin-supported point of sale terminals. Holders can load their tokens (AWG, AWS, AWP) onto the Aurus Vault Signer Card, a crypto hardware wallet, which will soon allow users to pay with gold, silver and platinum at merchants all over the world.

From this perspective, the future looks golden for Aurus as there’s a lot to look forward to in the coming months - most defi(nitely) a revolution for the precious metals market.